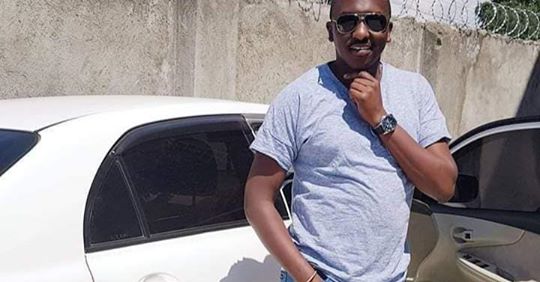 New details have emerged from the forensic investigation revealing that the handwriting on a note left behind in Kenei’s murder belongs to someone else.

The late Kipyegon Kenei was a family man; this is according to the conversation he shared with his wife before he was found dead. All seemed well and nothing unusual could be suspected.

On a Whatsapp conversation, Kenei talked to his Nakuru-based wife on a number of issues but mostly around their family and the love they got for each other.

A conversation that started on the early morning hours of Tuesday, showed the two sent each other photos and messages expressing how much they love each other.

The late police officer attached to William Ruto’s Harambee Annex office last talked to his wife at around 9.51pm on Tuesday night.

The money sent was higher than usual. The family members tried to contact him but he could not be reached on phone as calls went unanswered and he never replied to messages. This raised suspicions that someone might be behind it.

The wife was shocked on receiving such huge amount of money but efforts to reach him and confirm were futile.

A close and confident friend who sought anonymity is said to have met Kenei in a hotel when the news of Rashid Echesa’s arrest broke. This caught his attention and interrupted their conversation as Kenei moved closer to the screen to follow on the news. They shared on the issue and Kemei told his friend he knew some of the individuals who accompanied Echesa.

Kenei was expected to record a statement with the DCI but he never turned up on the expected day. He would later be found dead in his house after two days. Police begun investigations and on the scene a used cartridge was retrieved and a note.

It has now emerged that the handwriting on the note left at the scene is different from Kenei’s one. This has given the police crucial information. The police are now investigating to establish the kind of firearm used in the murder case.

The family of Sergeant Kenei have come out clearly insisting their son was murdered as there was no compelling reason that would have led the deceased to take his own life.

The family have hence called for a separate postmortem to be carried out to unravel the mystery surrounding his death. A passenger Mysteriously Dies On a Qatar-JKIA bound flight