Cryptocurrency is the latest trend in the financial market. Many people are investing in it as they think that this is the future of money. The cryptocurrency market has grown rapidly over the past few years, and many people are using it for their transactions. This can be used for investment purposes or for making payments without any hassle.

The following is a brief history of how the cryptocurrency market has evolved:

– 2009 – Bitcoin is created by Satoshi Nakamoto, who releases it as open source software.

– 2010 – The first Bitcoin transaction takes place when one man paid another $10 for two Papa John’s pizzas. This transaction was made possible by Bitcoin’s underlying technology called blockchain. Blockchain allows transactions to occur without a third party like a bank or financial institution being involved in the transaction process. This means that users do not have to pay fees for processing transactions which results in lower costs for buyers and sellers alike.

– 2013 – Mt Gox, a Japanese exchange platform for Bitcoin, collapses after losing more than 850 000 BTC due to theft from its customers’ accounts and hacking attacks on its systems by unknown parties who stole approximately 650 000 BTC from the exchange’s hot wallet over time. This collapse led many people who were investing in cryptocurrencies at this time to lose money since these were stolen from their accounts.

Bitcoin uses a public ledger called blockchain that records all transactions ever made on its network in chronological order. This ledger ensures no double spending can occur within its network. Every transaction must be approved by consensus among all users before being recorded onto the blockchain ledger as permanent data storage solution for recording digital information.

The first transaction ever recorded on this blockchain occurred on January 3rd 2009 when user “Hal Finney” received 10 BTC from user “Satoshi Nakamoto” who was then known as an anonymous individual who created bitcoin.

The Influx of Cryptos

Since its launch in 2009, there have been several other cryptocurrencies launched by various companies. These include Ethereum (by Vitalik Buterin), Ripple (by Jed McCaleb), Litecoin (by Charlie Lee), Dash (by Evan Duffield), Monero (by Nicolas van Saberhagen), Dogecoin (by Billy Markus and Jackson Palmer), Zcash (by Zooko Wilcox-O’Hearn), etc..

There are over 700 cryptocurrencies currently in circulation today, many of which have been developed with their own unique features. For example, Ethereum is a smart contract-enabled blockchain that provides a decentralized virtual machine for executing peer-to-peer applications. This allows users to create their own tokens or cryptocurrencies using the platform’s native ERC20 token standard.

These currencies have become incredibly popular due to their ease of use and the level of anonymity that users enjoy when using them. However, there are still some concerns about these currencies as well as how they will be regulated in the future by governments around the world who want to ensure that there is no illegal activity happening within their borders when it comes to cryptocurrency exchanges or trading between two parties.

The Bitcoin, Ethereum And Others Volatility

Volatility is a big deal when it comes to cryptocurrencies. The price of Bitcoin, Ethereum, and other major cryptocurrencies can fluctuate by hundreds or thousands of dollars in a single day.

For example, in June 2017, the price of Bitcoin jumped from $1,300 per coin to over $3,000 in just one week. And then it fell again—way down under $2,000. Just recently, the price of bitcoin came crashing down causing panic among many.

But if you’re going to invest in crypto, you should be prepared for this kind of volatility. As long as you’re comfortable with taking risks and don’t mind losing some money from time to time, you can still make some serious money by investing in cryptocurrencies like Bitcoin and Ethereum.

Cryptocurrency mining is a form of cryptocurrency transaction validation. It involves solving complex mathematical problems that build upon one another, and the solutions are created through the use of computer processing power. The purpose of this activity is to validate transactions and ensure that they are recorded on the blockchain in a chronological and transparent manner.

The process by which cryptocurrency miners verify transactions and add them to the blockchain involves solving a computationally difficult puzzle. Solving this puzzle requires significant computational power, so the process of mining for cryptocurrency is usually reserved for large-scale operations with access to high-end hardware. Since it takes time and energy to solve these puzzles, there are often rewards offered in exchange for each solution. This is how miners earn their rewards and pay their electricity bills.

Cryptocurrency mining has become more difficult over the years. The process of mining cryptocurrency involves solving complex math problems to verify transactions and add them to the blockchain. The problem is that these problems are becoming harder to solve as more people join the mining community.

As cryptocurrencies became more popular, more people started mining them – both individuals and companies alike – which also meant there were more computers working on solving these blocks simultaneously. This increased difficulty has caused many miners to leave the field altogether or move on from GPU-based mining pools towards ASICs (Application Specific Integrated Circuit) devices that are specifically designed for this purpose. However, there are still many people who continue to use GPUs for their own personal rigs today.

The Rise Of Regulation And Security Concerns

With the advent of cryptocurrency, the world has seen a new way to transfer money from one place to another. It has been a great innovation that has changed the way we do business and transact. However, there have been some downsides to this new technology.

One of the biggest concerns about cryptocurrency is its security. Since it is digital and not regulated by any government or bank, there are no laws governing how secure it can be. This has led to several hacks where people have lost their investments because they were unable to recover them through banks or other financial institutions.

Another concern about cryptocurrency is its lack of regulation. With no governing body overseeing transactions, there is no way to ensure that they are fair or legal in any way. This leaves room for fraudsters taking advantage of unsuspecting investors who don’t know how things work behind the scenes.

That being said, there are still plenty of benefits associated with using cryptocurrency as well…

The first is that it’s decentralized. This means that no one person or institution controls the currency, which means there’s no risk of a single entity being able to shut down cryptocurrency and make it worthless overnight.

The second benefit is that transactions are anonymous. Because there are no identifying details required when making purchases with cryptocurrency, you can use it to buy things online without worrying about your privacy being violated.

Finally, cryptocurrency is also much less expensive to use than traditional payment methods like credit cards and PayPal. This is because there’s no middleman involved in processing transactions, which means there are no fees associated with using cryptocurrency.

The future of cryptocurrency is uncertain, but the technology is still in its infancy. While you can use cryptocurrency today to make purchases online and pay for services, it’s not yet widely accepted by brick-and-mortar retailers.

However, there’s no reason to think that cryptocurrency won’t become more widely accepted in the near future. Many experts believe that it will eventually replace credit cards and cash as the preferred method of payment but many more do not hold that thought.

Cryptocurrency is still a very new technology, so it’s difficult to predict how it will evolve over time. But one thing is certain: Cryptocurrency is here to stay. It has many benefits over traditional currencies and payment methods, and we can expect more people around the world to adopt this form of digital money in the years ahead.

Takeaway: Cryptocurrency continues to evolve and it will be interesting to see where it goes in the future. 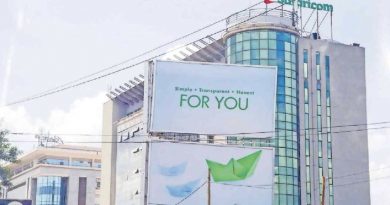 How to Buy Safaricom Shares in Kenya How to apply for Lipa na Mpesa Till Number Online