Vehicle theft cases have been on the rise in the recent day in Eldoret. Just a few month after suspected thieves were nabbed in Eldoret around Kimumu area. Another suspected thief has been arrested and led the police to a shop they usually supply parts from the stolen vehicle.

Shocking Revelation:My Husband Married Our Daughter and Kicked Me Out

According to Uasin Gishu County Police Commander Johnston Ipara, they had arrested a man trying to steal a vehicle at the SDA church Eldoret who directed them to the shop.

Upon interrogation, Benjamin Mburu, the owner of the shop was also arrested as he was unable to account for the spares he was holding. It is believed that stolen vehicle are taken at undisclosed location within the town. From here they are reduced to pieces and distributed to shops within Eldoret and its environs.

Ipara has since warned Kenyans to desist from buying vehicles spare parts that have registration number plates of other vehicles as they will be arrested and charged.

See also  STUDY: Kenyans are Texting More Than They Are Talking Tuju To Be Flown Out Of The Country For Treatment Huawei Launches New Operating System And It Is The Best 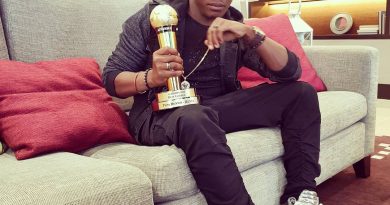